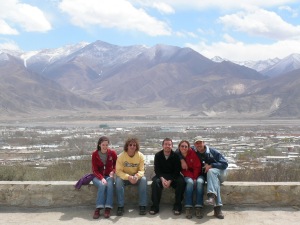 Jeroen just called and I am all excited. I am off to Amsterdam this weekend for Koninginnedag or Queens Day. It’s a weekend long celebration and drinking extravaganza. We’re are staying in Den Haag for two nights and then two nights in Amsterdam with Jeroen and Daphne, pictured on the right of the picture.

I say we and I mean Dr Luke and Linden. I’ll be back at work on Thursday. A two day week seems bareable!

The sun will due to be blazing, its the last weekend of the Dutch league and Ajax could still win it and the beer will be aflowing. As they say in the Netherlands Cheers. 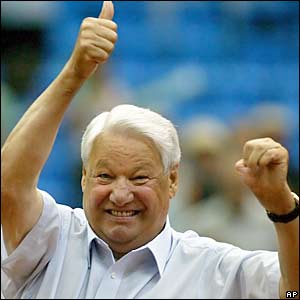 Boris Yeltsin died this week aged 76. He’d been ill for a while and it was probably a surprise he was still alive. While he maybe be oft remembered for his drunken conducting in Berlin or his failure to get off the plane in Shannon, Ireland when the Prime Minister of Ireland was waiting (the plane just took off again after 3 hours!!), he helped finally bring down the Soviet Union and ruled Russia in an era of arch-capitalism, Chechen Wars and massive economic collapse. But the democracy stood. He regretted those actions but felt no choice. His legacy, despite the problems stands on. RIP. 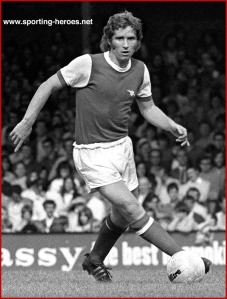 Alan Ball also died this week. depsite his grand achievements, he was a mere 61. A heart attack got him as he was trying to put out a fire in his garden. It’s an indication of his talent he played in midfield for England throughout the World Cup in 1966 at the age of 21. A real talent who played with his heart pumping consistent fervour and energy. He also always came across as a real nice bloke. Dad knew him for a while when he stayed at the hotel for an extended period while he was manager of Exeter City. RIP. 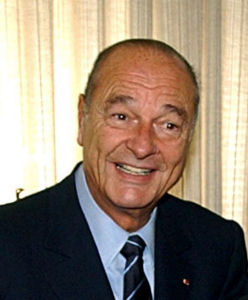 And lastly, I know he isn’t dead but Jacques Chirac leaves office in a few days after what seems like a century. He leaves behind high unemployment, a lagging economy and a health and education and transport system any nation would be proud of. His nation also boasts a high standard of living, hugely successful conglomerates and the highest productivity in the world but its unsustainable. Like Tony Blair, he arrived with a huge mandate to set France on a path of growth but he fell into popularism and reactive politics. His re-election was as much a condemnation of French politics as a success. While his stance on Iraq and intervention in Rwanda were admired, in reality these were efforts to protect French interests. And that was his failure. He is politically, a man of the past and lacked the foresight or will to build a real legacy.

But I can’t help liking the guy. His belligerence and pure-bloody Frenchness always raises a smile. See ya. 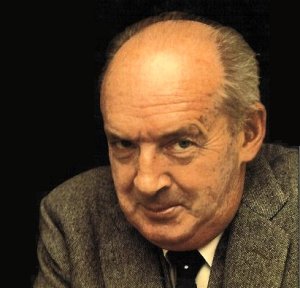 Where do you start? This book is a tour-de-force, a tsunami of creativity. I have never read such a book with such a plot. Nabokov uses the main character to narrate the story of a man who lusts after young girls (or nymphets as he calls them). He flicks between adoration and jealousy, initially manipulating Lolita while instilling a fear in her that their love will be broken up by others. These others start to play in the narrator’s mind as he believes they are being followed. He is right though and Lolita is not so innocent after all.

But the magic of this book is in the literary style as expressed by the narrator Humbert Humbert. He is fantastically creative, devising new words or names to suit the moment, shockingly blase sexually, devious with his second wife to an appalling degree while coldly brutal with his first wife. Humbert pulls you in so many ways, you are surprised to find yourself laughing at times of death while unnerved as he talks of love.

In short, read it and read it again. It requires it. 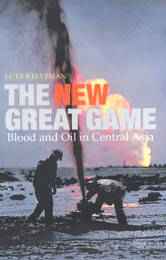 Written as a travelogue, this 2002 book politically analyses the great political game for economic and strategic advantage that has raged in the Central Asia for centuries. In the past, it was the British and the Russians who played it for access to India and the trade routes and served as the background to Kipling’s Kim. The book, however focusses on the modern era .

Since WW2, its been the Russian, Americans and Chinese who, by generally foul means, have sought out the riches of Central Asia, first among them, oil. If you ever wondered why Iran and Iraq gets such attention, this book delivers. It also often concise understanding of why despite American aid, people hate their presence and young men are inclined to get angry. When America arrives and signs up with a repressive dictator allowing mistreatment to continue, the ideals of liberty and freedom seem rather shallow. It’s all a far cry from the hailing of America values n the early 1990s.

Note the date the book was written as it’s very significant. As the journalist constantly hears during interviews, no one is fooled by the great interest in the area from the major powers. It shines a bright light for the uninitiated and is a fine travelogue too. 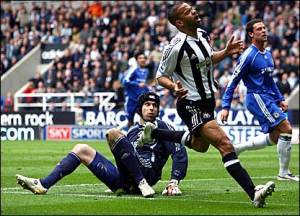 A great game this last Sunday. Newcastle finally turned ina performance worthy of its support more than matching Chelsea across the field. We worked tirelessly, scrambling to get the ball back in midfield with Emre and Butt particularly impressive. The defence was rock solid, Bramble managing to time this crunching tackles all day for once, playing exceptional well despite his contract being up in under 3 weeks while his partner Taylor held the positional set-up well. Steve Harper had very little to do in goal. 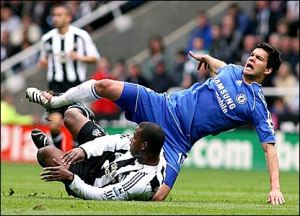 Going forward we were as creative as we were hard-working, consistently carving chances. Only Cech kept Chelsea in the game. With Owen and Shola Ameobi coming back next week, along side Martin, attack-wise it looks promising.

To be fair, Chelsea looked jaded especially key players like Lampard, Drogba and Terry. They lacked the driving force of Essien in midfield and will do in midweek against Liverpool. Sadly though this performance shouldn’t be enough to save Glenn from being moved aside in the summer.

Well its not quite what I hoped. It’s well – paid, relaxed and undramatic. But I am deeply bored. I feel like I am drying up. I have responses to say, one liners I would normally throw out with a cheeky smile. But it just feels somewhat inappropriate. I feel dull there.

It’s merely data processing in reality. Dealing with minor infringements which holds up the system. There is little human contact. It feels stale, sterile and inhuman. I get talked to in acronyms, while we use numerous incompatible programs making small adjustments. That’s why it’s well-paid. Up to £30 an hour on weekends.

I will stay there as long as I can stand it. Maybe 3 months. I have met others there. Danny got along great with my friends last weekend. That is a fine bonus but I just wonder how I can spend my thirtieth year in such a soulless environment. I can barely ever remember what I meant to be doing. Why remember? I am learning nothing right now except a pathetic ability to switch between spreadsheets.

Don’t ever believe anything about your government working for you. They are trying to keep their own jobs, wasting vast amounts of money in the name of targets which keep the higher-uppers in favour. Our agency alone has has 3 bosses in 18 months. The huge irony of the new policy from Europe is it is planned to be the last supper of government handouts here. It was designed to be so uneconomic the general populace will start asking serious questions and call for the abolition of handouts to farmers, merely for having land.

Myabe it’s the hayfever, maybe the sitting in a generic office on spring days or maybe I am tired and sullen. I don’t know. I feel I should be doing more with myself. But it’s just impatience. This job will give me a platform for the next 10 years. At least I have Amsterdam to look forward to this weekend. And I will tell you about that later this week. Gonna be an awesome trip. 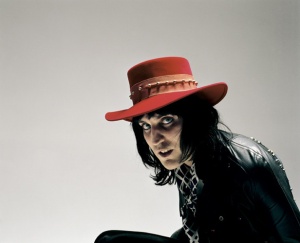 I just got an excited phone call from Alex, one of my best mates. He is busy studying at Uni right now, back there more than 10 years after the first time but this time stepping up and studying medicine. It’s Rag week right now, a week dedicated to raising money for charity. For the last few days, Al has been boarding the tube trains, giving a short explanatory speech and asking for any change.

While in the middle of his speech on an east bound train this afternoon, Al spots Noel Fielding, one of the stars of The Mighty Boosh, an alternative British comedy. The observation interrupts Al’s thought patterns to such an extent he stopped his speech and acclaimed Noel to the carriage. “That guy is a legend.” The carriage was amused as was Noel and Al got more than £500 over the day.

Al truly believes it too. His enthusiasm got me interested in the show and after initially being a sceptic of such a dry show, I began to chuckle, smile and finally laugh out loud. It’s illogical genius of plotting, terrible sets and magical tangents make laughter irresistible.

You gotta smile
Blog at WordPress.com.