>As horrible as it’s tragic. It’s barely funny though it should be.

Hopefully you use firefox and can zoom in or click the picture. I appreciate it’s small there but look out for the Bill Clinton part.

>Not particularly office safe but very creative and funny. Credit to Carlos.

>A lot of talk about referees after this weekend concerning their accountability after making a few gaffes. These days these mistakes could cost a team like Bolton (or Newcastle!) relegation. Previously the idea was to send the referee to a lower division for a week or two. If, when they returned to the Premier League they continued making poor decisions, then they get demoted for a season. That happened to Uriah Rennie a few years back.

While the media and football pundits constantly decry this, I don’t Ronaldo or Yabuku or Gerrard getting dropped for a week or two. That would be impossible. I also don’t hear Ferguson, Moyles or Benetiz coming out and commented on their own players cheating. Managers famously back their players. It took Scolari a game to learn the well-known football line, “I didn’t see the incident.” Wenger has been saying that for years.

Different sports deal with indiscipline or cheating in different ways. They back the referee up with technology, support and after-match analysis and disciplinary hearings. The football referees suffer this, so why not the players? Ice hockey has one referee on the ice as well as two linesman. There are also seperate timekeepers, goal judges and scorers. And it’s still a fast paced game. Aussie rules is a fast, aggressive game, yet it has many referees and has disciplinary panels the day after the games. Players are charged with an offence. If they admit it they usually get a one match ban. If they don’t, their fate is decided that day. It has greatly cleaned the game up.

While I accept referees make poor decisions often and this weekend its certainly true, I get very tired of the picking on the an under-resourced single man who if he had the backing could do a far greater job. With the money in football, there is no reason why there is no goal-line technology or goal monitor. Why must the referee be in charge of the clock as well? And why is blatant cheating ignored, almost celebrated yet honest mistakes lambasted?

I know the reasons; the power of the big clubs over their associations especially the lingering threat to break away again. Ultimately its the money at stake. Premier League football in England is a huge pig trough and no one wants to be a goat. 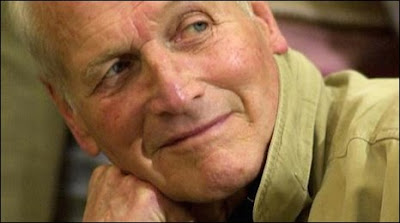 Sad day. They are all starting to die on us. Sad days.

>You know when you’re at the doctors or in the hospital and you think the doctor is talking in medical terminology. well actually he is probably just insulting.

I’ve a load of mates who are doctors and showed them this. They laughed and knew them all.

<– Pretty amazing stuff. I so wish I would be alive in 200 years, just taking the 'jet' for a fly to the corner shop.

A Swiss man has become the first person to fly solo across the English Channel using a single jet-propelled wing.

Yves Rossy landed safely after the 22-mile (35.4 km) flight from Calais to Dover, which had been twice postponed this week because of bad weather.

The former military pilot took less than 10 minutes to complete the crossing and parachute to the ground.

It felt “great, really great”, said Mr Rossy: “I only have one word, thank you, to all the people who did it with me.”

He said weather conditions on Friday had been perfect and his success signalled “big potential” for people to fly “a little bit like a bird” in the future.

Known as “Fusionman,” he was aiming to follow the route taken by French airman Louis Blériot 99 years ago when he became the first person to fly across the English Channel in a plane.

In Dover, Mr Rossy flew past South Foreland lighthouse – which the building’s manager Simon Ovenden said Blériot used as a target during his pioneering flight – and looped onlookers before landing in a field.

“It’s a remarkable achievement, we saw the climax of his attempt as he came down to earth with his parachute. It’s been an exciting afternoon,” said Geoff Clark, a 54-year-old spectator from Chatham, in Kent.

His quote consistently is: I’m not worried about risk, I manage risk

In an interview earlier this week, Mr Rossy said: “If I calculate everything right, I will land in Dover. But if I get it wrong, I take a bath.”

The flight was broadcast live for the National Geographic Channel. Its producer, Kathryn Liptrott, told the BBC Mr Rossy was fearless.

“He flew Mirage fighters for the Swiss army, he now flies an Airbus. And in his sort of heart he’s a pilot and a parachutist and what they do is manage risk.”

The longest flight he had previously taken lasted 10 minutes.

The wing had no rudder or tail fin, so Mr Rossy had to steer it using his head and back.

As well as a helmet and parachute, he wore a special suit to protect him from the four kerosene-burning turbines mounted just centimetres from him on the wing

You gotta smile
Create a free website or blog at WordPress.com.