There was a need for capitals. So far Georgia and Armenia have been immense. Real stunners full of magnificent views, old cultures and generosity.

I’ll write more on the train tomorrow on my way back to Tbilisi. I’ll be Istanbul the day after for the day and then Doha for a mere week. I am gonna be tired 🙂 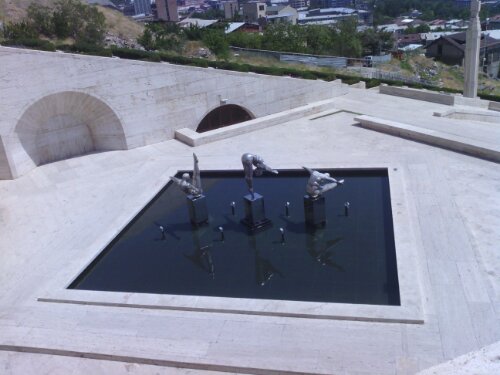 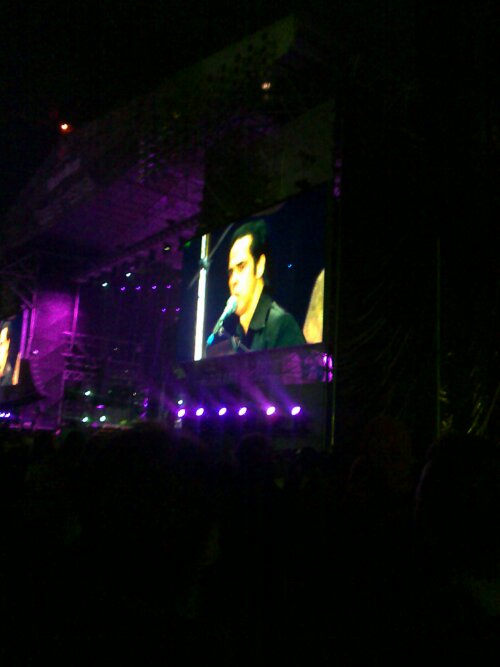 After going in 2009 with Gabriel and Kaz (and running into the Polish girls Mila, Basia, Ania and Magda), as almost a signifier of how life has moved on, I returned this year with Alex, Olivia and Jacqui from my MA course. As we planned it, the line-up kept getting better and better. Blur and Kendrick Lamar played Wednesday night, Arctic Monkeys, Tame Impala and Nick Cave on Thursday. Friday brought Queens of the Stone Age and The National, Saturday The Kings of Leon and Rhianna kind of bizarrely turned up on the Sunday with Dizzie Rascal.

We missed the Wednesday due to work and the last two days out of choice butdespite major hiccups (airline lost my bag; Alex got drunk and missed the bus; we got to the show pretty late on Thursday), it all worked out rather brilliantly. The musical highlights were Nick Cave letching it up, The National’s Matt Berninger being wasted on stage and the whole Queens of the Stone Age gig. The true gem was Olivia losing her shoe in the mosh, only for us to see it flying towards the stage later in the gig and reclaiming it. A disaster became a great story.

The rest of the time we hung out eating in odd restaurants, drinking vodka and going to Sopot for the Polish seaside. Anyone who’s been to Sopot, where the German monarchs went to holiday will testify the town is nice, the beach is alright, the water is freezing. As a unit we were cool, getting on well and taking it out of each other, Olivia especially ;).

After the festival Alex and I headed south to Krakow while Jacqui returned to Vienna and Olivia hung out with her friend Ewa until flying to Eindhoven. Krakow was as pretty as ever, the vodka is still cheap and the tourist hordes are greater than ever. The directions to strip bars were more persistent. As pretty as it looks, Krakow has overrun itself with tourists. Even stag dos don’t get a look-in. 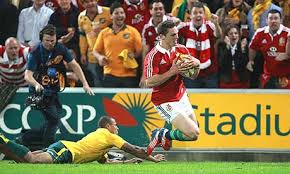 I won’t say too much about this. The tour is history now for 4 more years and I’m sure much has been said. I would have commented earlier but travel, or more precisely, a lost charger made it impossible. I will say this though.

I am glad they won. I repeat this obvious statement because in my view they had to win. This squad was far too talented to lose. Despite the difficulties of throwing together a squad of men over a 6 week tour, if this squad lost I’d have serious questions about the Northern Hemisphere’s ability to step up to challenges. Too often we’ve seen spirited performances, a phrase meaning worked hard but had no real chance from the North.

This squad looked the most professional I’ve seen. There appeared to be few wankers in the squad. They were young, skilled and dedicated with some exceptional talents. The pack also possessed the power to confront and dominate. The decision-makers generally got it there especially in the front row as well as the easy decision (from my point of view) to ignore Richie Gray and the tough decisions in the backrow.

Australia is of course the weakest of the Tri-Nations. Its players are drawn to many sports and the talent diluted. However all these sports are ball-handling games. The ability to cross-sport is easier there and evident on the field. Their front five, a part of the game not found in their other main sports remains underpowered. However the talent across the backline and in the back row was clear. How Deans used them remained the enigma.

This series might have been less fun than previous ones. The amateur era and the fun that went with it seems gone. Gatland should stay on should he wish. That Welsh team is clearly on a run and the toughest Lions series of all awaits.

We’ve seen Nick Cave, Queens of the Stone Age and The National in Gdansk, visited Auschwitz and Krakow, travelled to Prague, met people, drank some beers and enjoyed the sun along the way. Times with Olivia, Alex, Jacqui and Mitch are great.

London, Brighton, Newcastle and Edinburgh next 🙂 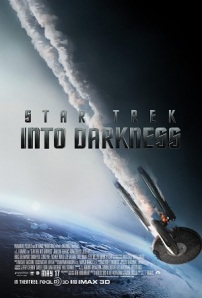 Star Trek – Of course its ridiculous but its slick, the new character Khan is a quality character. Kirk is still a wanker and looks too young. Spock is still annoying, still getting it on with Uhura, thats not very logical and now remarkably up for a fight with Khan (completely illogical). The plot is fairly predictable (military man wants to save the world via starting a war) but it passes the time well and stands up as a no-nonsense piece of nonsense.

Killing Them Softly – Christ there was a lot of fucking swearing and motherfucking violence in this film. It essentially has three fucking elements. Two shitheads are paid to do a fucking robbery. The prelude to it features long ass dialogue which is usually cuntingly welcomed but for fuck sake its too bloody showy here. The two assholes set up Ray ‘I didn’t do fucking anything’ Liotta (almost a cameo) and beat his patchy face to a bloody fucking end. Brad ‘show me the motherfucking money’ Pitt then arrives in a long cameo at the behest of James ‘I threaten and fuck whores and talk about it a lot’ Gandolfini and shoots everyfuckingbody. The names clearly are in it to get this shit made. Pitt also produced it and the director is fairly shitting stylish, a lot of slow-motherfucking mo camera work etc but its he style over substance. 97minutes is fucking and shittingly welcomed. At 2 hours there would be no character left alive. Cocks and shitnuts. And tits.

The Place Beyond The Pines – Ryan Gosling specialises in standing there stoned with a slightly bemused look on his face probably because he knows the girls will still love him and he is getting paid for this. However he picks good films and plays the straight man, so straight he might be made of cardboard, very well. That didn’t make sense but this naturalistic film does. It is very good.

Side by Side – documentary led Keanu Reeves on the evolution of the the film camera from photochemical to digital. He interviews a fair few titans and doesn’t get annoying in any sense. The documentary is revealing even for someone who couldn’t give a flying fuck. Reeves speaks his way through the film, in the same way he speaks his way through his films but this time he is more engaging.

Oblivion – This film looks great. I even like Cruise in it. As a film, its light-weight. Despite having plenty of ideas, at the end you remember visuals far over the plot whatever that was.

Bernie – Richard Linklater has made some great little films. EVERYONE SHOULD WATCH THE SUNRISE/SUNSET/MIDNIGHT TRILOGY. If you didn’t know, the third and final film was released last month. Here he covers the quirks and sensibilities of a small town caught up in the murder of a local millionairess. Bernie, played straight and well by Jack Black is the local town do-gooder but also the murderer. How the town reacts is the quiet and quirky focus. Well-worth seeing and again Matthew McConaughey who is finally relaxing his acting muscles over his biceps in Killer Joe, Mud and Magic Mike albeit always playing the Texan.

The Impossible – …. to watch it without your mind wandering. Based on a true story during the tsunami, its well-staged and dramatic etc but as you know the entire plot through to the end, the action has to be exceptional to hold your attention. It isn’t.